Maps of the parish

Maps are available on the North Yorkshire County Council website. Click on type of map you want (eg Historic map) and zoom in to the area of interest. Note that these are very large maps covering the whole of North Yorkshire, so may take a few seconds to download.

These quick links take you to some of the maps. You can then zoom in to the location of interest.

On the map of Terrington village below some of the buildings and other features of historical interest are marked in red. If you click on one of these a window will appear giving information about the building or feature with a link to more information elsewhere on the website. Click again to remove the information window or click on another building.

Maps covering the wider parish will be added in due course. 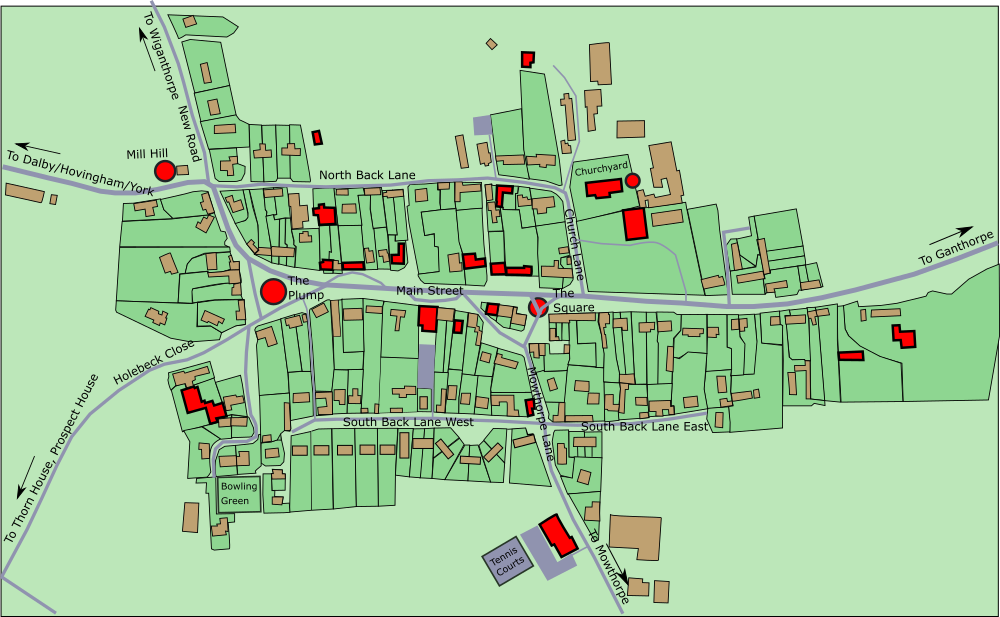 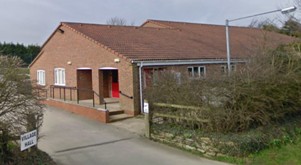 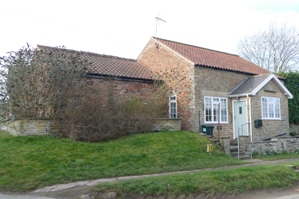 The original Terrington Primitive Chapel was built in 1848 on the site of the current Terrington House at the bottom of the village but was demolished to accommodate a new Rectory and this new chapel was built in 1868. It ceased operation as a chapel in the 1930s, housed a Pig Club during World War 2, and then became the practice room for the village Brass Band until 1956. Practice took place on Thursday afternoons and Sunday mornings and played at village fetes, Armistice day, Christmas, and Concerts in nearby villages. See the Chapels page for more. 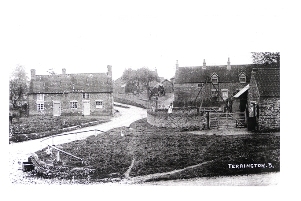 Mid-19th century maps show a pond roughly where the triangle of grass is at the Mowthorpe Lane junction with Main Street. This was replaced by troughs (Marr Troughs) where traction engines used to stop and fill up and horses drank. It was fed by springs which still run but the water is now piped into the street drain with the overflow drained into a culvert. Two of the houses around The Square, now Silverstones and Greystones, were Goodwills’ abattoir and butchers. There was a bacon curing house for the dry curing of bacon. 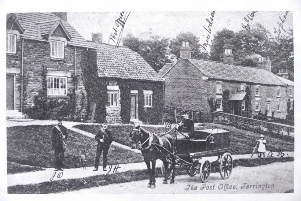 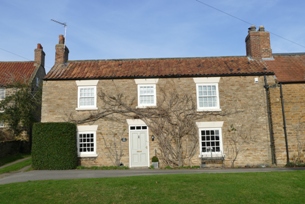 Hope Cottage, former Cross Keys pub, became a Reading Room in 1882 at the time when the Countess of Carlisle was having a purge on alcohol. The diaries of rector Samuel Wimbush indicate that he sometimes struggled to prevent the male fraternity using the Reading Room to play cards. It later became a Temperance Hotel run by Mrs Hope whose sons ran a coach business. See the Pubs page and the Village Halls page for more. 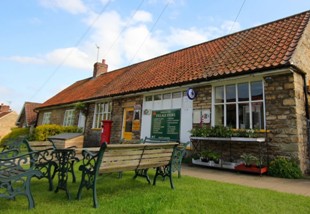 In the late 1950s the Coop moved here from High Dene across the road and it later became just the 'Village Stores'. Under Ian and Kate Hughes, the shop was the last home of the Post Office before the present van and they had an art gallery at the back of the shop. See the Shops page for more. 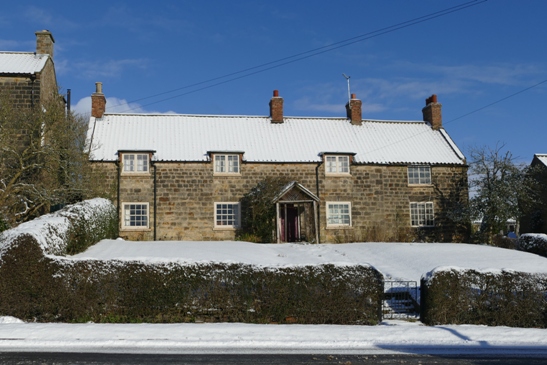 May be the site of the medieval manor house. Although there is no evidence for this it would be normal for the house of the lord of the manor to be near the church. Its name on the 1891 Ordnance Survey map is Langham Farm. 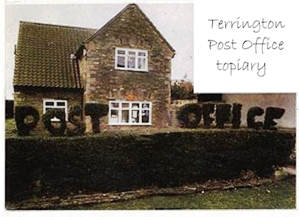 This former post office had a ‘Post Office’ topiary on the hedge in front (the hedge is still there but not the topiary). The Post Office then moved to the village shop, and finally to the mobile van. See the Post Offices page for more. 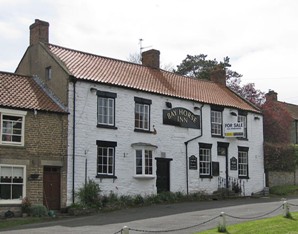 Until 1872 there were 3 pubs in the village, then 2 after the Black Bull close, then from 1884 just one, after the Cross Keys closed. The Bay Horse (formerly the Horse & Jockey) closed in 2011. Leaf's tailors shop was where the Bay Window is and this became a bakery after the World War 2. Residents remember tailor Billy Leaf sitting cross legged in that window sewing breeches. He was well known for tailoring hunting pink. See the Pubs page for more. 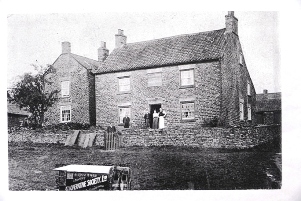 A Co-op (Castle Howard & District Co-operative Society) was opened here in 1919. The Co-op later moved to the current Terrington Stores in the late 1950s and High Dene became a Youth Club. The snicket along the side of High Dene is still called Stores Lane. See the Shops page for more. 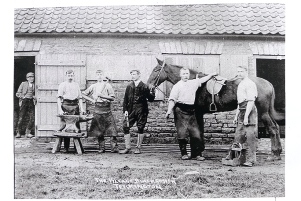 Mr Scaling was the last person to use the property as a blacksmith’s shop; his works then moved to North Back Lane and are now closed. One of the ancient customs of the village was, to celebrate weddings, to ‘fire the stibby’ (or ‘stiddy’): a hole in the anvil was packed with gunpowder and touched with a red hot bar. This was last done in 1926. 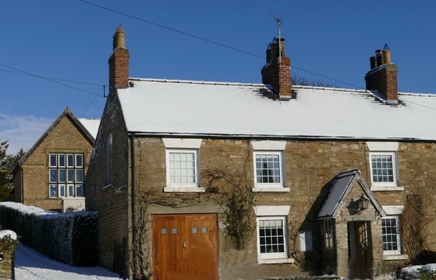 School House was the site of the Black Bull pub, closed in 1872. The land was purchased by the Worsleys and given to the village in 1890 for building the present Village School on North Back Lane and the schoolmaster's house on Main Street. See the Pubs page for more. 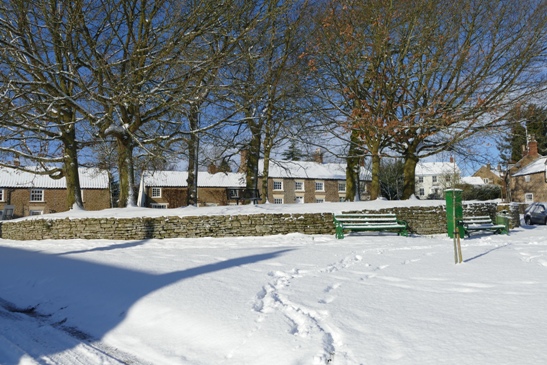 The rounded raised area may have been built up using spoil from New Lane or Wiganthorpe Lake. It is planted with oak trees and on the top of the surrounding stone wall are ceramic tiles with hand prints of Terrington residents produced in a Terrington Arts project in 2002, and they were installed on the wall in 2007. At the east end of the plump is a pump, one of a number of pumps, taps and wells around the village which were in use until mains water arrived in the 1930s. 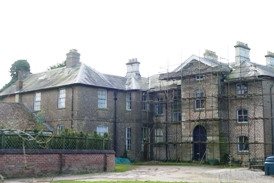 Cliff Hall was built by Marcus Worsley in the early 1870s. From 1899 it was occupied by Miss Mary Egerton, who was involved in the musical life of the village and built the bowling green, still used. After her death in 1913, the house was occupied by Sir Alfred Lascelles, former Chief Justice of Ceylon. It was bought in 1954 and converted into a village hall, then sold in 1993 with the proceeds going towards the building of the present Village Hall. See the Cliff Hall page for more. 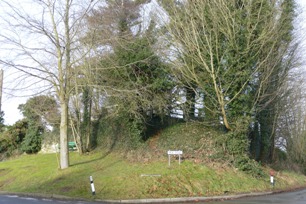 There was once a Water Tower at the highest point of the village, Mill Hill. It was used as a Homeguard watch tower during World Was 2. It is the possible site of an earlier windmill. According to the 1856 Ordnance Survey map a pinfold was situated adjacent to the field gate to the west. It was a square stone structure, looked after by the village pinder, where stray animals were impounded and owners had to pay a fine to get them released. 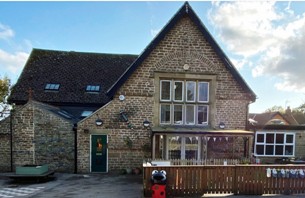 The present Terrington Church of England Voluntary Aided School was built in 1890 on land given by the Worsleys after the old school was condemned by inspectors as unfit. There was considerable discussion at the time of whether the new school should be, like the old one, a Church of England school, as some residents, the rector and the Worsleys wanted, or a non-denominational school, as other residents, Methodists, and Castle Howard wanted. See the Schools page for more. 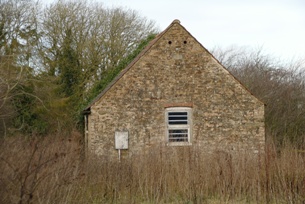 This small building, dated 1915, was used by an abattoir by the Estills (the name is still on the building) who had their butcher's shop at the back of Manor Farm. It was recently used as a pottery. See the Shops page for more. 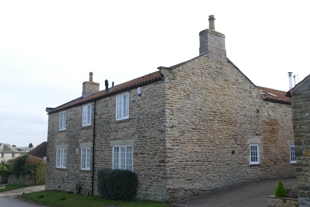 The Church of England village school was built here in 1838 but condemned as unfit in the 1880s. It was decided to build a new school which would also be a Church of England school, against the wishes of Lady Carlisle, owner of the old school, who wanted the new school to be non-denominational. Lady Carlisle re-opened the old school as a non-denominational school from 1890 until 1894. In 1925 the old school became a Village Hall and Reading Room, which it remained until 1954 when the Cliff Hall became the Village Hall. Inhabitants remember having school dinners here when a canteen was built at the back. It was later bought by Terrington Hall School who used it for storage. See the Schools page for more. 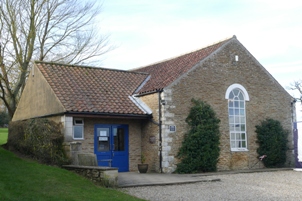 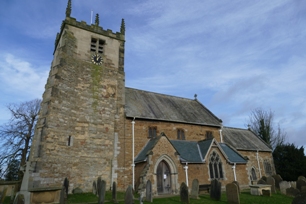 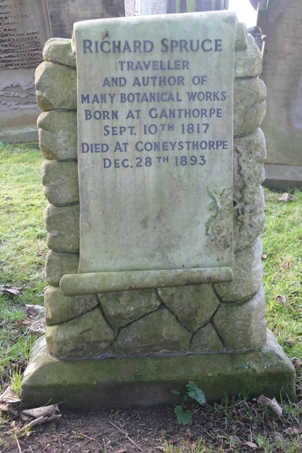 The grave of botanist and explorer Richard Spruce (1817-1893), born in Ganthorpe, who spent 15 years exploring the Amazon and Andes, is at the bottom of the slope at the east end of the church; just behind it is the grave of his parents – his father, also Richard, was a schoolmaster at Ganthorpe and Welburn. Richard junior is best known for having collected seeds and cuttings of the cinchona tree, whose bark is a source of quinine, which was much in demand at the time as the only treatment for malaria. See the Richard Spruce page for more. 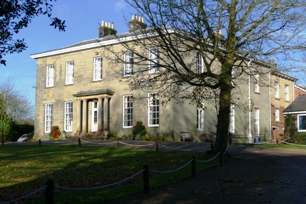 This was built as a rectory by rector Charles Hall in 1827. When Samuel Wimbush became rector in 1865 he decided that it was too large, built a new rectory with only 8 bedrooms and sold the old rectory. The old rectory became a school in 1920. The school expanded under headmaster Clementson, who is commemorated by a plaque in the church. See the Terrington Hall page for more. 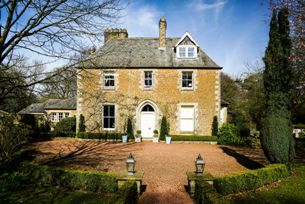 Rector Samuel Wimbush built his new rectory here in 1868. Near the entrance was a Primitive Methodist Chapel built in 1848 to accommodate 120 persons, but Samuel bought the chapel and had it knocked down. A new Primitive Methodist Chapel was built at the junction of Mowthorpe Lane and South Back Lane the same year to replace it. See the Rectors and Rectories page for more. 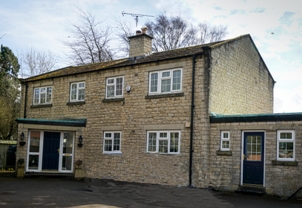 The present Rectory was built 1963 in the garden of Terrington House, the previous rectory. See the Rectors and Rectories page for more.

John Goodwill: ‘The mind boggles as all the sewage from the village used to go down this beck which I reckon was about 3 metres from the Spa. The Spa was located on the right-hand bend about 150 yards before you get to the T-junction to Coneysthorpe. We call it Willow Comer. If anyone would like to get stripped off today and sample the waters I will be very pleased to show them where, and stand guard.’

You come to the old Brick & Tile Works. There are clay pits and old burnt bricks lying around. There was a brick and tile works here in the 19th century with a dwelling. The 1856 Ordnance Survey map showns building and the 1871 census has two families living here with 3 men whose occupation is given a brickmaker. The 1896 Ordance Survey map shows no buildings only clay pits.

Cross the road and walk down the lane through the hamlet. On the left is Ganthorpe Hall. This has been the home of the Castle Howard agent and for a while the home of Richard Spruce and his family when his father, also Richard, was schoolmaster at Ganthorpe School. The hall was inherited in ?? by and for a time was the home of the historian Arnold Toynbee, who appears here on the 1933 Wimbush photographs.

Continuing down the lane, on the left is a footpath which desends past a number of pools; perhaps there was a spa here?? The second small building after the turn is called Chapel Cottage and was from ?? to ?? a school where Richard Spruce’s father taught from ?? to 1841. It was turned into a Roman Catholic chapel in the 20th century by ??? as a ??? on her son ???.

Used as building stone for much of the village.

Back to top of page